If you are single and alone on a Friday night, a quick sauv blanc-fuelled trawl of the internet will demonstrate that there is no shortage of advice on how to navigate online dating. What you’d rather have though, is someone to road-test it for you, to make the rookie mistakes, kiss the frogs and the princes and hopefully demonstrate a chick-flick style happy ending.

Although we’re not far enough into this journey to have a chick flick ending locked in, we’ve located the perfect road tester for the online dating world.

For purposes of anonymity, and to avoid her two kids being traumatised when they reach the age where they can google, let’s call her K, or Special K as she’s been occasionally known.

SK is recently divorced, but not so recently that there is any remaining angst/late night drivebys of her ex’s place, and is emerging from the depths of a fresh and turbulent breakup. We threw SK headfirst into a girls weekend away – wine, girly chats and a Tinder tutorial and she was back in the game – and game enough to take one for the sisterhood and have the whole journey documented.

Before the first cheese platter was cleared, we had a date locked in.

Armed with the top 10 dating hints, safety tips and already knowing how to have her mobile phone automatically do a decoy call at will, SK was ready to roll.

The first nine seconds of the date were perfect. Then he stood up. This revealed a little exaggeration of the upwards type when it came to his height.

This dude was short. For SK, who is only ever seen in flats at the beach and at the gym, and whose glam wardrobe is littered with heels that are never shorter than kitten, this was a downer. While objectively she considered herself open-minded on the height topic, what this relationship represented was a lifetime of ballet flats and crocs if they were to avoid the inevitable Tom Cruise Katie Holmes references….and we all know how that ended.

Moving along, and persisting with the mental checklist, SK probed a little on the kid factor – wanting to flush out how he REALLY felt about kids – free of the veneer of an online dating site.

“Kids? Yeah, I love kids. In fact, having my own apprentices at work is just like having a tribe of kids”

Sure, if your kids were able to feed, dress and drive themselves and earn a living. 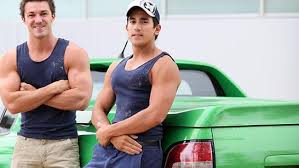 The dealbreaker? He’s still in business with his long-term ex. The red flags don’t get much redder than that. 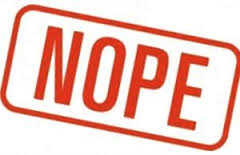 Next episode:  A Tale of Two Men