Why Watching The Bachelor Is Just Like Another Night On Tinder 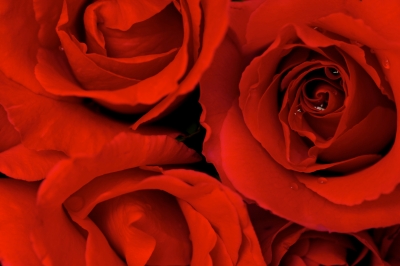 If you are a single female of a certain age with a little spare time in the evenings each week, there is no shortage of distractions available. TV ratings would suggest that the global franchise that is The Bachelor has become almost as addictive as getting into the upper levels of Candy Crush. We are regularly tuning in to watch a single attractive male progressively audition women, presenting a token each week to the chosen ones to keep them in the game, with dates and tears in equal measure.

In that sense, it’s just like a night on Tinder.

Here are some of the uncanny similarities:

The Bachelor episodes routinely open with the well-built hero topless and pondering. It would appear that the only way one can contemplate the conundrum that is dating multiple women on a TV show in the effort to find fame/a long term partner is by baring biceps. It can be as passive as leaning on a fence staring into the ocean or a pecs-in-action shot involving a kayak or standup paddleboard.

Whatever the venue, if you are playing Bachelor Bingo at home, you will be ticking off the shirtless box early on.

Same on Tinder. Although less professionally shot, and subject to all the rookie mistakes inherent in the home-grown bathroom selfie, in a thirty minute session on Tinder, you’ll be trawling through more nude male torsos than the mannequin room at your local menswear store.

The sheer volume of women

In the very first episode The Bachelor is presented with a selection of women that have already been pre-right-swiped, cyber-vetted, weighed and measured. It’s like a platinum level of Tinder in that they routinely represent a group of attractive accomplished women. Whilst you wouldn’t imagine that the opportunity to have yourself filmed, quoted out of context, selectively edited and auditioned as girlfriend material whilst confined to a house with nineteen of your peers would have wide appeal, there appears to be no shortage of takers.

About half way through, just as we start to be able to distinguish between Lana, Tiarna and Briarna, intruders roll in to add to the tribe.

The very premise of the Bachelor is that he has free reign and network approval to date multiple women every week, all of them knowing that the others are out there. Whilst they don’t get to observe him taking another woman out on a date, they know he’s doing that (and they’ll likely get a summary once their compadre returns to the big house)

Same on Tinder. It’s standard operating procedure to be juggling multiple chats and dates. You know that in that three minute downtime since you last responded, he’s found a new shiny playmate to converse with and is carefully juggling life-snippets and flirtatious sentences with at least seven women on the go at once. Equally, when he bids you goodnight on the pretense of calling it a day, there’s the annoying function on Tinder that reminds you he’s still online.

Aside from all the one-on-one dates riddled with chocolate strawberries, French champagne and soft cheeses, it is contractually impossible to close a Bachelor episode without the cocktail party and rose ceremony. Anecdotally, it appears that at least three glasses of bubbles are required to steel one’s personality for the possibility of being left last gal standing without a rose, or to allow for the appropriate level of gushing should you be granted one.

Equally, an evening traversing the well of humanity that is Tinder cannot be contemplated when stone cold sober. Whether its bubbles with a bestie or a vodka shot near the keyboard, alcohol is a necessary wingman for all Tinder interactions.

The Bachelor really is a televised version of Tinder. Do you see it?