A Guide To Surviving The Post-Break-up Detox 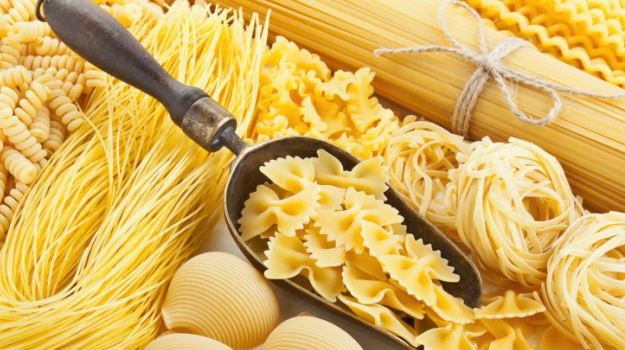 Aside from the broken heart, sobfest-induced-exhaustion and traumatic perpetual drive-bys of your ex’s place that are a natural extension of a breakup, time spent in splitsville can really do a number on your diet. When it comes to numbers, a breakup is like an earthquake. It may constitute a low 2.4 on the Richter scale, a tiny rumble that results in a mere dalliance with full fat fro-yo and a single nightly espresso martini. At the other end of the spectrum is the 8.5, a breakup that will rattle every fibre of your being and cause;

-          a tearful disposal of six months of low-fat frozen meals in order to generate the freezer real estate required to house buckets of ice-cream in flavours such as salted caramel, praline pecan and old school Neapolitan (the latter only to remind you of a time when you just knew that boys were yuk)

-          a standing weekly delivery from the local bottle shop, pre-chilled for ready consumption

-          an urgent need for brekky fry-ups at your favourite café where you move on rather dramatically from your traditional poached eggs on wholemeal to the full scrambled, smashed avo, bacon’n’beans and double-up-the-haloumi-and-sausage extravaganza.

Just be aware that this too will pass.

At some point post break up, likely when you feel at risk of DVT from your skinny jeans given their strangulation of your major arteries or you start ordering knee-length ponchos in all colours, you will come to the realisation that the food craziness must stop. You will clear the last of the Berocca crusts off your drinking glasses, toss the shreds of late night family size mexicana pizza and subscribe to the detox-du-jour in order to scrub every last molecule of your body clean of fat and despair.

Here’s our step by step guide to what you’ll feel as you navigate the post-breakup detox.

Regardless of which diet you select you’ll acquire a food group that you must treat as the devil’s spawn.

Odds are it will be all the white foods, and we are not just talking about white chocolate marshmallow rocky road here. Rice will be off limits, and you can just forget about slinky linguine, no matter which colour sauce you slather on it. No ice-cream, regardless of flavour, since it began life white, no yoghurt, and it goes without saying that you should not take a single step towards a Mr Whippy van.

Paradoxically, you may indulge in faux-rice made from cauliflower but I’m not sure that anyone this side of Gwyneth Paltrow would care to.

Some fairly immediate side effects

Once you are a few days into smoothies that are in essence liquidised bark and become attuned to demolishing side dishes of lettuce scrapings, you will start to feel some immediate physical and emotional impacts.

These may include but are not limited to:

-          a yearning for carbs that you feel can’t be dissimilar to the cravings of a detoxing meth addict, with all the accompanying violent tendencies

-          headache, fevers and chronic fatigue. Think of this as the natural consequence of stirring up the pond scum of your system, or similar to what your dad told you would happen to the engine of your car if you ever let it running fully out of petrol and exposed complex machinery to the toxic chunks of sediment at the bottom of the tank.

Once grief and food depart as key factors in your day, you will be left with a gaping vacuum that needs to be filled.

You may find that you fill this void with new habits such as attending Sunday evening Bikram classes – not in an effort to become a Bendy-Wendy, but to dodge the danger-hour that is normally filled with episodes of Postcards and wine. You will fund these new pursuits with the cash differential between your normal diet and the brown-rice-and-tuna of your new existence – which is cheap. Uni student ramen cheap.

What you will NOT do is watch any cooking shows. Even if your obsession with Jamie Oliver runs deep, you will not be able to subject yourself to his passing parade of meals, no matter how healthy he proclaims are the low-fat, low-cal attributes of his fifteen minute meals. Nor will you be able to watch Masterchef even if you kid yourself you are just doing it for the reality TV drama rather than the food. (This idea is as ludicrous as those men who peruse men’s magazines ‘for the articles’) This will also extend to the re-do of Gilmore Girls, as someone who is detoxing simply cannot watch those two women eat like fast food junkie teenagers with unlimited pocket money and wide-open arteries.

Providing you stick with the diet beyond lunchtime on day two, it is biologically impossible not to see some kind of results. As long as you don’t *cheat, you’ll eventually see wondrous sights such as your collarbones emerge from the blanc-mange of flesh around your neck and the erosion of the muffin top that was poncho-clad for the winter months. This will allow you to debut your newly juttable hips and slowly–flattening midriff on social media with only a passing thought as to how that might appear to that ex that began this whole train of events.