The Ultimate Guide to the New Dating Lingo 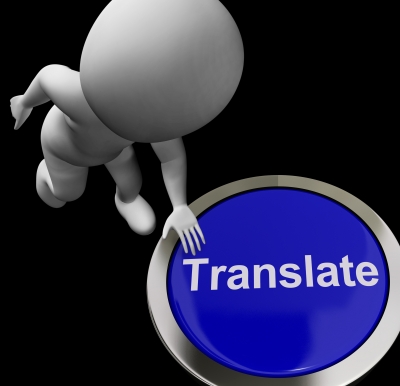 If the last time you were single you drowned your sorrows with Midori over episodes of Melrose Place with your besties, being single this time round needs its own tutorial. Key to this would be a quick primer on the various dating websites so that you can distinguish the community on Tinder from the participants in your local Christian Dating website. Another step on your journey of discovery will be grasping the new dating lingo to allow you to have any chance of interpreting Twitter hashtags and online dating chat.

Here’s a guide to dating terminology in the new millennium:

This is a term of endearment to be applied to your boyfriend, girlfriend or significant other. Its rumoured to be an acronym for ‘before anyone else’ which is rather eloquent, but its more likely just another rapper-led shortening of a perfectly good alternate word ie babe. Kinda like we did when we made crazy into cray. Its slightly unfortunate that its also Danish for poop, but it seems to have stuck anyway.

At least we’ve moved on from the hideous ‘boo’

No. This is nothing to do with Fifty Shades of Gray.

There’s a distinct seasonal element to modern dating, whereby daters love being free and single in the warmer months, yet look for a couch snuggle-buddy during winter.

Being cuffed signals that desire to ‘lock one in’ over the winter months for comfort-food sharing and Netflix marathons. It’s all very squirrels/nuts/hibernation, but you get the vibe.

Back in the day you only dated people that were from your local area, given your dating circle was limited to local bars, the office and Friday night drinks. Online dating has opened up the circle and it’s easy to be distracted by fab profile pics and slick chat banter then realise you are dating someone who lives out in the badlands.

Easy enough to filter out candidates from another state, but judicious application of the ‘lives within’ radius selection can ensure you don’t end up dating someone GU.

With days worth of electronic interaction preceding a date IRL (in real life), it’s easy to over-invest in digital forms of communication. It’s also become startlingly easy to fade out from someone’s life by simply ceasing all communication. Skipping the face-to-face ‘its not you, its me’ convo, we now have ghosting, where the person you’ve been dating simply drops off the face of the digital planet.

Rumoured to have been applied by Charlize Theron to Sean Penn, it’s now a very mainstream way to break up.

You will know if you’ve been friend-zoned. It’s that phenomenon that occurs as soon as you start to harbour deep lustful thoughts for another person only to have them declare you ‘just a friend’.

Plenty of chick flicks suggest you can hang in the friend zone for the long haul and hope that feelings develop, but it’s a slippery slope from here to other modern phenomena – Facebook stalking and regrettable drunk texting.

Although not strictly confined to Tinder, there appears to be a generic specimen of male that exists solely on online dating websites to troll women. This occurs from either the word go and consists of insults of pictures and profiles or can equally escalate from nowhere if you don’t respond to that ‘hey’ in a nanosecond.

It’s why they invented the block function.

Any other lingo you need help with? Tell us in the comments.

Otherwise,  good luck on your journey to bae.