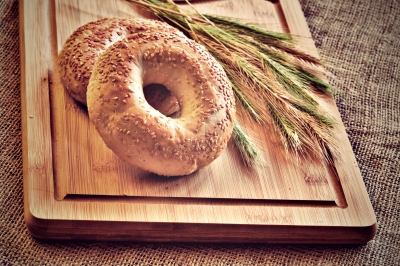 Nothing creates fanfare for your dating app like appearing on Shark Tank and rejecting a $30million takeover.

What is it that has the shark swimming circling with that kind of cash?  A catchy new dating app with a growing subscriber base in New York and Hong Kong.

Aside from a catchy name that combines two of life’s greatest pleasures – a starchy carbohydrate and a caffeinated beverage, here’s what CMB has going for it:

One match per day

Instead of the Tinder fatigue involved in idly swiping through every conceivable match, Coffee meets Bagel gives you one match per day. Just one. Perfect for those with attention deficit dating disorder. There’s no one else to move onto until you give today’s match due consideration. Say yes and you have a seven day window to chat.

It takes a ‘woman’s point of view’

CMB hinges on the concept of only matching you to someone who is connected to your facebook friend – ie a friend of a friend. This counters many women’s online dating fears about meeting up with a complete stranger.

Every dating app worth its salt claims a more-secret-than-the-Colonel’s-recipe matching algorithm to locate your lifetime love. Coffee meets bagel is no different in that respect, boasting a proprietary algorithm that takes into consideration your interests and trawls your Facebook friends of friends for a match.

They do the choosing

No need to fire up a glass of chardonnay and trawl relentlessly through wordy profiles, mentally scorn poor photo choices and be alert for red flags sandwiched in between desires for beach walks and home cooking. CMB does the choosing and all you need to do is decide whether today’s circular bakery item looks like someone your style.

With supersonic growth in New York and Hong Kong, the bagel has also headed down under and has launched in Sydney.

Have you tried it? What are your thoughts?