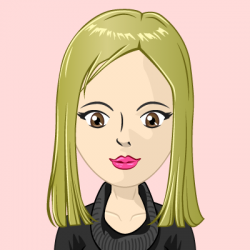 SK, undeterred by last week’s episode with a slightly height-challenged, still-connected-to-his-ex Tinderer was back on the horse again this week. (or not even, as you will understand later)

With a level of efficiency normally reserved for her day job, SK auditioned two men in one day for the role of next date.

When we heard about this guy’s occupation, mental visions of ‘Firefighters 2015’ calendars danced in our heads like an early dose of the sugarplum fairies – shirtless, sweaty, coated in a sprinkling of ash and clutching a large hose. #MuchExcitement.

Fireman Sam graciously rolled with a slight delay caused by a work meeting that disrespectfully ran overtime having found that replanning a multi-million dollar project of some two years duration could NOT be achieved within a one hour timeslot. Sam appeared to be inordinately grateful for the simple fact that SK actually arrived, having been stood up completely and inexplicably by two recent Tinderers.

Despite all the expectations created by helmets, high-vis and hoses, there was a distinct lack of chemistry. Stable, emotionally solid and responsible unfortunately translated into someone you’d like to have in your book group rather than your boudoir.

When the pictures of Capital-T-Trouble were passed around electronically, as invariably happens when SK was either demonstrating some tremendously lust-worthy talent or WTF pictures of the borderline elderly advertising their open marriages, a collective digital sigh was heard across the network at his blue eyes and chiselled jawline. He was everything that the visual of Christian Grey of Fifty Shades should have been had it not been for Hollywood plonking onto an unknwown actor and thereby disappointing a legion of bored housewife readers.

To add to the intrigue, Capital-T-Trouble advised that he already had two women on the go who had different motivations for spending time with him. After further questioning about the arrangements he suggested there was room in the portfolio for another.

Whilst Fireman Sam was introduced over a pedestrian Chai Latte, a meeting with CTT was appropriately accompanied by a hardcore espresso martini or two.

Date #1 was followed up by Date #2 within a 48hour window entirely consistent with the instant gratification pillars that represent the altar upon which the Tinder gods worship.

With alcohol-fuelled bravery, date #2 progressed to a second location, where CTT had an opportunity to demonstrate the bedroom prowess to which he had hinted on Tinder, and was presumably so impressive that it screamed out to be distributed between more than one woman.

Unfortunately, CTT’s emotional baggage warranted antidepressants which were of a kind that impacted bedroom performance.

Fortunately, he understood this and had a supply of little blue pills to compensate.

Unfortunately, the Pfizer gods were not with him that night and the combined might of Big Pharma conspired against him on this particular occasion.

Shortly thereafter, SK was doing the mental calcs on how much sleeping time was still available before the early morning appointment with her personal trainer, and, knowing that CTT had at least two women who probably wouldn’t kick him out of bed despite his ‘difficulties’, decided to kick him out of bed.